There are only two forms of socially acceptable madness; being in Love & being an Entrepreneur!

Scott is an active entrepreneur, investor and business leader. He was voted the UK's 'Outstanding Entrepreneur' by Best Business Magazine in 2018 and is an Ambassador for numerous initiatives to help develop young entrepreneurs including; YoungEnterprise. Scott is also a Benefactor and Patron of the Raindance Film Festival. Scott spends his time between the UK and US.

It's all about progress. To get to where you want to be.

The Big Questions are;

Designed as an easy read for those that know they've got something, but haven't quite figured out how to discover it, shape it, or make it happen. (Yet!)

This is not a self help book. This is a book to encourage the start of your personal journey to unleash the entrepreneurial spirit inside you and get things done.

Get it on Amazon.com

Get it on Amazon.co.uk

Get it on Amazon.de

Get it on Amazon.fr

Get it on Amazon.es

Get it on Amazon.it

Get it on Amazon.co.jp

Get it on Amazon.ca 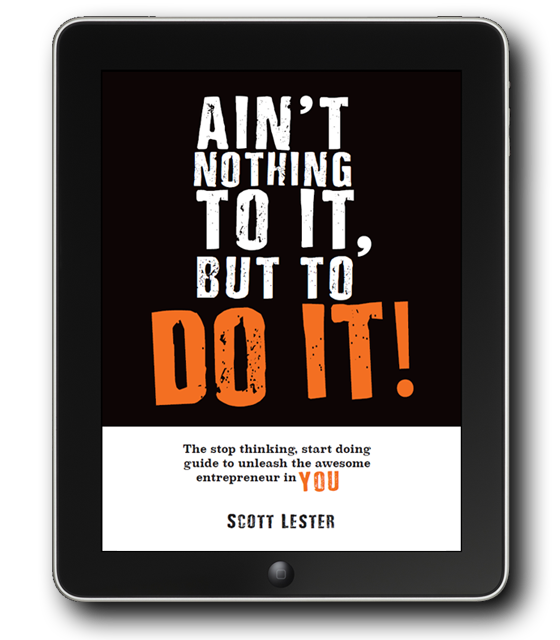 LAUNCHED! Ain't Nothing To It, But To Do It - quick video overview from Scott

The Lester Foundation is a registered CAF Trust. Our goal is to help young entrepreneurs, in the UK and abroad, prepare for the intimidating world of business!

The Foundation objective is to support Charity organisations to inspire ambitious, young people that they can do it, regardless of background, or college grades and that self belief can take you most of the way. To inform them that there really ain't nothin to it, but to do it, when it comes to starting a business, or heading out to the commercial world.

​The Lester Foundation will never ask for external, financial donations to support causes. However, now and then, we may ask if you want to spend some time helping the next generation of entrepreneurs take their first steps. 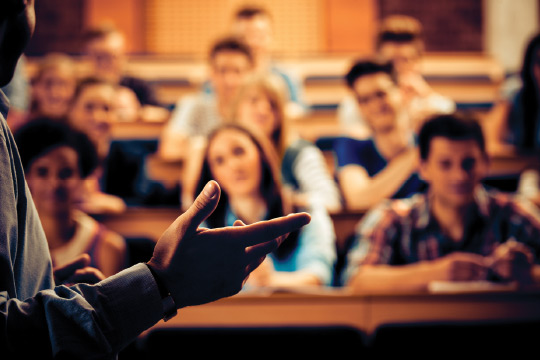 The Foundation supports several Charities, both financially, and with Scott's time, to help young people understand how business works, how to get confident and prepare them for success! 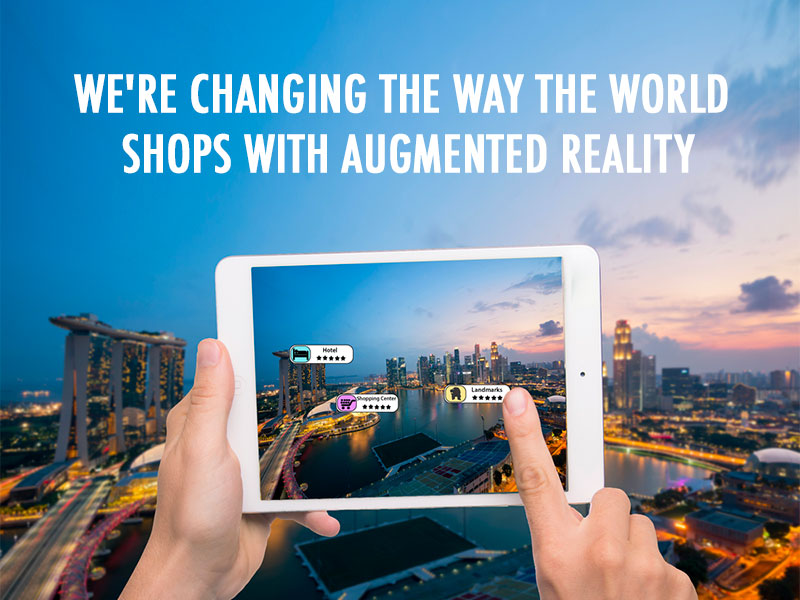 We're changing the way the world shops with AR 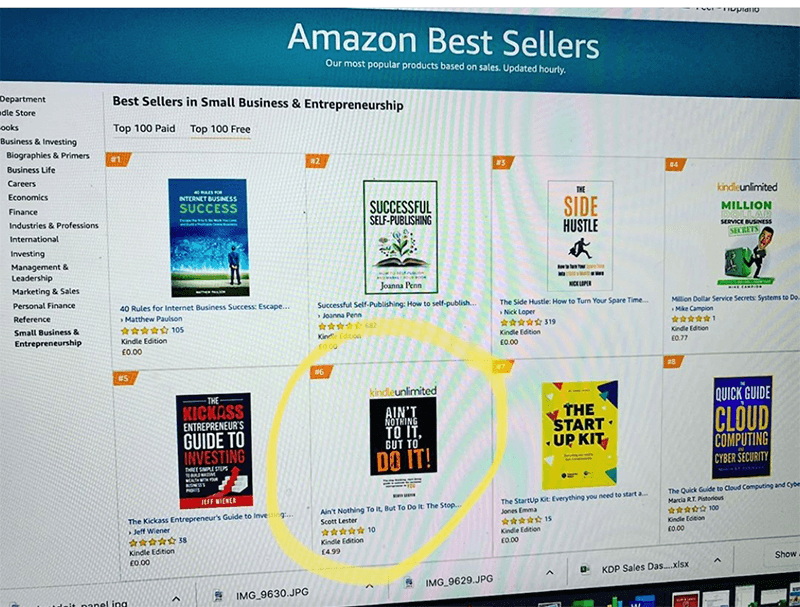 "Ain't Nothin To It, But To Do It" goes into TOP 6 on Amazon Best Seller list. 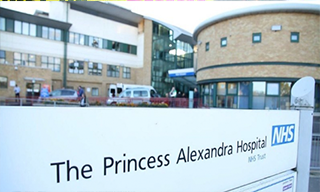 The Lester Foundation donates to the brothers and sisters at the NHS Princess Alexandra Hospital during the Corona-19 Virus. 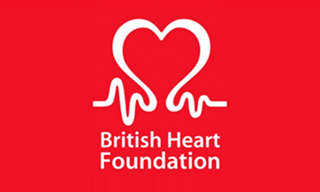 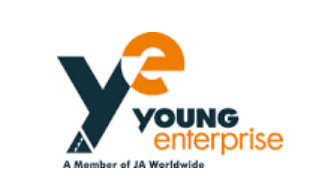 The Lester Foundation donates to Young Enterprise helping directly with young people, teachers, volunteers and influencers to build a successful and sustainable future for all young people.

Scott Lester, founder of EyeKandy and Flixmedia, has been named winner of the Best Entrepreneur Category at the 2018 Best Business Awards. Read the Press release.

Point & Place, the AR Shopping Platform for retailers and brands won the 'Best Multi Channel' award at the prestigious, London Awards event. The award was for the deployment of Point & Place on the Currys.co.uk website, the UK’s largest online electricals retailer. Read more. 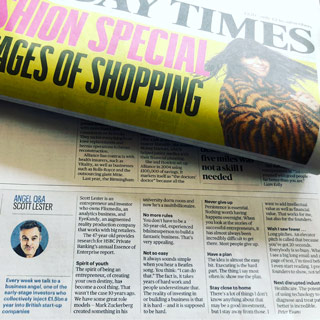 Every week The Times talk to a business angel, one of the early-stage investors who collectively inject £1.5bn a year into British start-up companies. This week's Q&A angel investor is Scott Lester. Read more.

Scott talks about how AR will change the way we will shop.

With the rise of augmented reality (AR) one of the earliest use cases for the technology on an enterprise level for consumers was through retail, with companies like IKEA creating apps that would allow customers to place items digitally in their own home. Now British technology retailer Currys PC World is trying the very same thing with its new Point and Place AR app for Apple devices. Read more.

Electricals retailer Currys PC World has become the latest retailer to launch an Augmented Reality (AR) app that allows its customers to visualise more than 800 products – from fridges to televisions and printers – in their home. Read more.

Scott argues that Amazon's AR View has set a new industry benchmark, transforming the technology from a 'nice to have' to a 'must-have' for retailers. Read more.

Giving back to the Entrepreneurial Community

How retailers can ensure this year’s projection of consumer spending comes to fruition. Read more.

Flixmedia’s Scott Lester explains why retailers need to do more than have a one-size-fits-all approach to their online presence. Read more.

In this Merchandising Solution Special, Scott describes how retailing must move away from a one-size fits all approach and create tailored shopping experiences. Read more.

Scott in the News

Read about the Shifting of Passive to Active Retailers, Fighting for a way to fit new lifestyles and more. Read more.

To say that the retail industry underwent a turbulent 2017 is an understatement. Many of the trends we saw last year have set the tone for developments in 2018, with a change in direction required from all retailers to ensure they keep pace with the competition. Below are three predictions for the retail industry. Read more.

eBay is to drop PayPal as its main payments processor, in a move it says will benefit both sellers and buyers on the platform. While consumers using the auction service will still be able to pay using PayPal until at least 2023, eBay has signed an agreement with Dutch payments firm Adyen that will see payments processing brought in-house. Read more.

eBay, PayPal breakup: A win for the consumer

In a bid to bring online payments in-house to streamline user experience, eBay is looking to end its historic partnership with PayPal with the standing deal set to expire in mid-2020. Read more.

What does 2018 have in store for retail?

Retailers have endured as tough a year as anyone, and many went as far as to dub it the “retail apocalypse”. So it's no surprise that the industry, just like the rest of us, is crying out for some good news. Read more.

The retail industry underwent a turbulent 2017. Many of the trends we saw last year have set the tone for developments in 2018, with a change in direction required from all retailers. Scott Lester, CEO and Founder of Flixmedia, shares his top four predictions for the retail industry .Read more.

Are Customers Really Holding Out For Christmas?

Christmas shopping in the run-up to the big day has been around almost as long as Christmas presents. Yet, as with many long-standing traditions this year, this could be on the verge of change. Read more.

Guest opinion: How to make AR a retail reality

In the wake of Amazon’s augmented reality launch, Scott Lester, Chairman, EyeKandy, assesses the lay of the AR land and examines how the technology can be made accessible and affordable for all. Read more.

Amazon introduces AR to its app as retailers failing to make the most of new tech for immersive mobile experiences.

Amazon has added augmented reality features to its iOS app across Europe, allowing shoppers to view certain goods in place in their homes. The move, which takes advantage of Apple’s ARKit built into iOS11, takes Amazon into the rarified arena of AR-enabled retailers led by Ikea that are already successfully using the technology to bring online goods into the home virtually. Read more 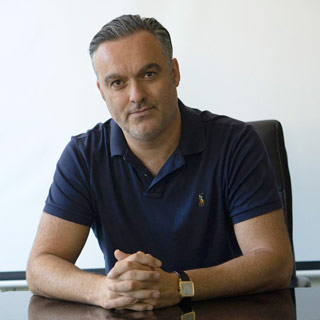 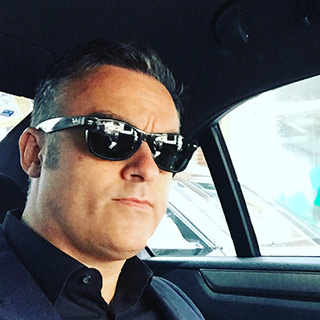 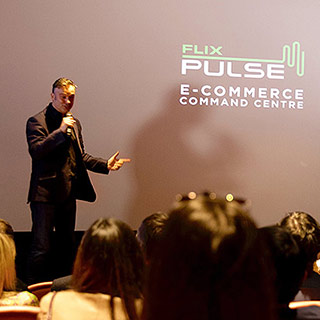 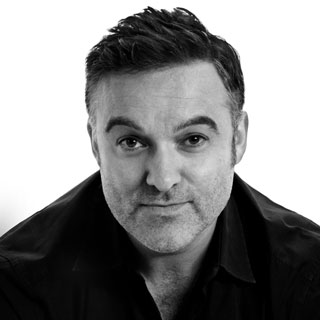